Hi … my site is a series of  photographic stories which can be scanned quickly or photo text pieces to spend some time reading.

Most of the text appears in the “continued” part of the entry. Enjoy them as you prefer. Scan & come back as you please. Scott

the last of the forward  posts to be changed to our custom theme …. rather a recent take on the old Associated Press Tele Faxes I baby sat as a kid.

Space defines life. Our limits, horizons and attitudes toward both.

Depending upon one’s viewpoint and perspective, adding the dimension of time addles or clarifies the mixture. As summer leaves, one becomes reflective.

The autumn bitter sweet. The sense of place within space is instinctive. Winter is coming. In lousy times, cold is more than an expectation.

The blue of the evening and chill of our air becomes our space … would there be somewhere more friendly to migrate.

Is the gentle light of Autumn a balm or a subtle message to depart? Have we arrived or are we just passing through?

To some degree space is defined by our first impressions upon arrival.

These are the spaces that have been home. 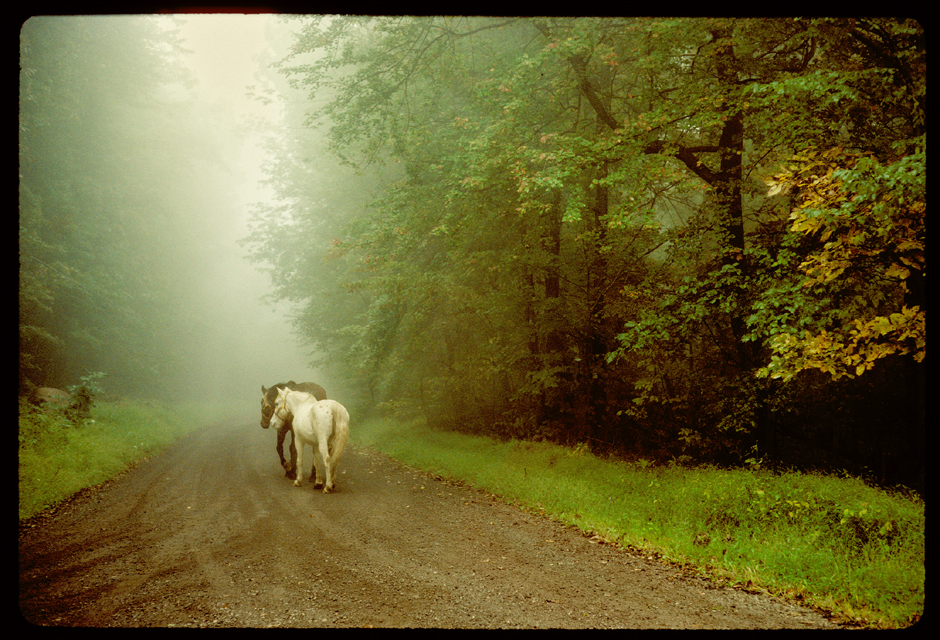 I hope you will click: “continued” and join me for the rest of the story:

Our perceptions conditioned by observation of its use by others and the mythology conveyed early on become our lasting concept of  home and sense of place.

We share space with others and if we add  the 5th dimension of time, we share a greater relationship.

If I look hard. Until I see. The world earlier folks held in reverence resprents itself. The ability to respectfully walk those same paths exists.

My family settled on the upper edges of Bucks County, Pennsylvania as pacifist Mennonite emigrants under Penn. Leaving from Holland, they brought the crafts, customs, and skills and values of the Swiss German culture as a counter point to the British cultures of Southern Bucks and Philadelphia Counties.

Apparently, my grand fathers and mothers, both of whom were educated, as was the Mennonite tradition, considered Eastern Pennsylvania to be very special as they have fought in every war of defense since their arrival beginning with the revolution.

Again, I have to consider the countryside must have been very special to them as they left Europe within their church as pacifists refusing battle. Clearly, their¬† belief that a battle of defense was spiritually necessary on behalf of these lands.

We are not restricted to the space in which we were born, now or before,¬†& can move from one place to another as befits our time.

Sailing Ship, Aircraft or in thought.

Visually, the space time continuum has a refreshing plasticity.

Like fast moving air, we can see patterns once available to those preceding us, better understanding their actions.¬†

Never made that much of a living locally. I don’t know why. Always traveled to New York and Philadelphia for both my education and profession. The major Newspapers of both cities, then the magazines then IBM and Universities all over the world. At some times spending as much time in Europe as at home. The commute was OK as it gave me time to think. And I like thinking. And I earned what I needed to sort keep the farm.

I also knew the artists and crafts folks, who’s work showed such grace, And spoke to me of worlds beyond walls and how tolerance and knowledge created greater horizons. This was the freedom my forefathers arrived to find. And the freedoms they believed they would even have to fight to retain.

Their success maybe questionable. I continue to admire the thought behind it. And have certainly enjoyed walking and thinking long upon the same paths. Sometimes I believe I can see what they, themselves, saw and can report truthfully upon it. And hope that in the elegance of plain beauty might be a pattern provide a key to discern where this space is going.

Considerations of leaving Bucks County has produced a degree of clarity. The complicity between the Bucks County School of paint, its music, and its words and the landscape of rolling hills, open skies, and its river is like a heron in a tree over the lake. To see it one must stop. And look until one sees. It is there. A Bucks County separate from art isn’t possible. For art is not commodity but a way of life.

I like artists. They are quirky, or seem so anyway. Seeing the world in their own personal way. The more creative the quirkier they appear. Unable to fix a window pane without reinventing another way of looking toward the world. Much has been said about their ways. 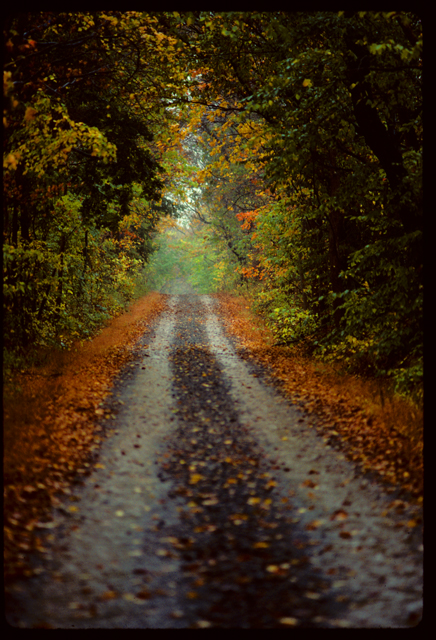 But life doesn’t falter on how one makes the rules; but upon how one keeps them.

When they report back upon what they have seen, it is often a view from a vantage point and with the beautiful art …nearly always from the high ground. Not fame, fortune, or mystique but a chance to climb to the summit and look though the fog; to see another summit. Artist are not unruly.

Simply focused upon that next summit.

Which can not, yet, be seen.

To view the landscape without the artists incomplete. So I have included just a few that were here and with whom, I joined the ride. Or did my best. The artists of Bucks county have added billions to the economy. One of the last manufacturing bastions of America. Libraries, Museums, the music, indeed content of what is now comodified as “Intellectual Property.”

I’ve never known one real artist to steal your retirement, attack your rights as a citizen, nor remove the wealth of a community to another world. Indeed as manufactures they have out lasted Coal to the north; steel to the northwest, and garment to the south. Their talent is such that it can only be managed and off shored by lowering the entire quality of the culture.

And what has been left behind after this manufacture? Fields, farms, articles of thought. The work of an individual, carefully done, spoken freely, and presented to the world on it own ticket.

There’s an old American grace to that. As Normal MacLean wrote so beautifully of hs father, fly fisherman and Minister, in A River Runs Through It: “To him, all good things… come by grace and grace comes by art and art does not come easy.” 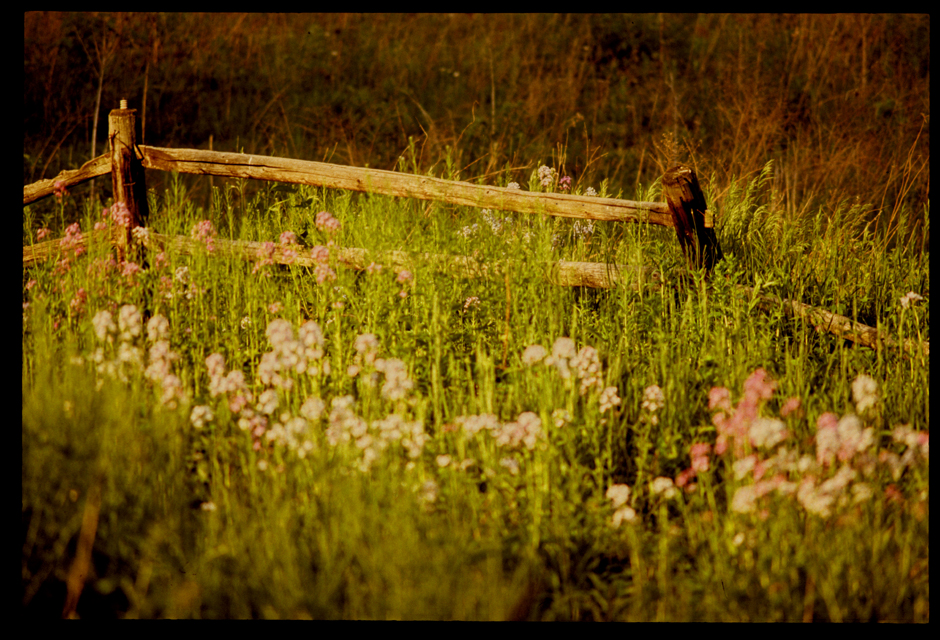 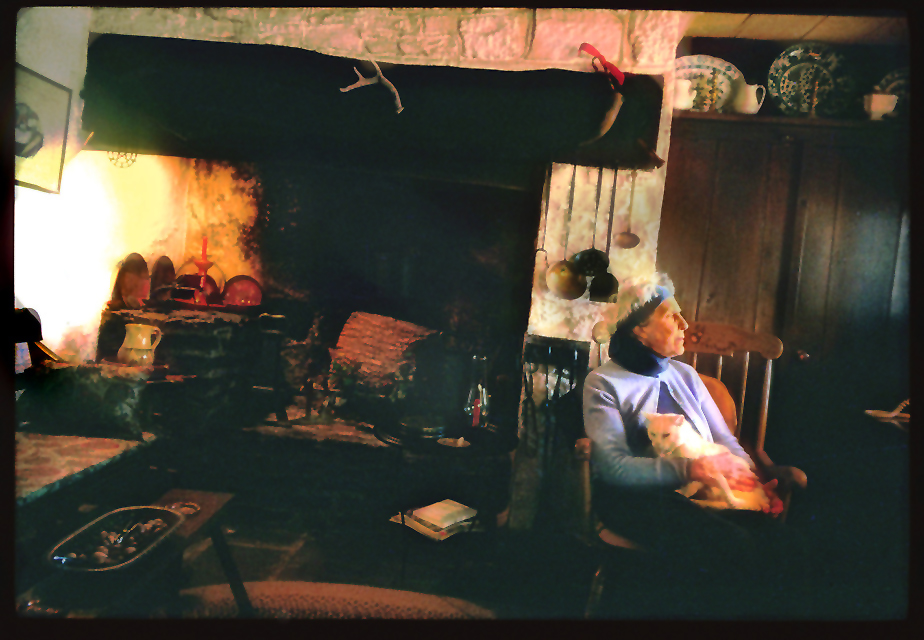 My friend & Neighbor: Mrs. Knight. Who I finally called by her Christian name; “Jere”.

( French spelling  perhaps showing her education at the Sorbonne.)

Keeper of the Flame & general over achiever. Executrix to e e cummings, partner in the Gipson Pulitzer, Story Editor at Selznick International at the time they purchased “Gone with the Wind”.

Always dicey with the personalities I loved, never knew when the worn black Leica & I would get bounced.

A friend, Madame Odile Pichat looked at a 16 X 20 print in the Paris Marais stating; “A Quaker Lady!” Yes, and an Army Major, adjutant to Oveta Culp Hobby head of the WAACs 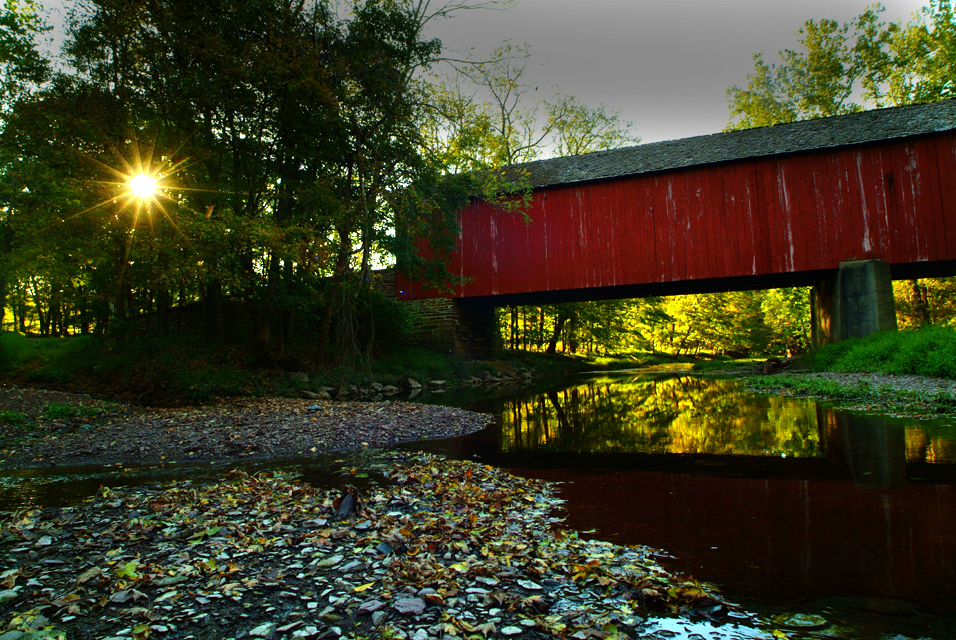 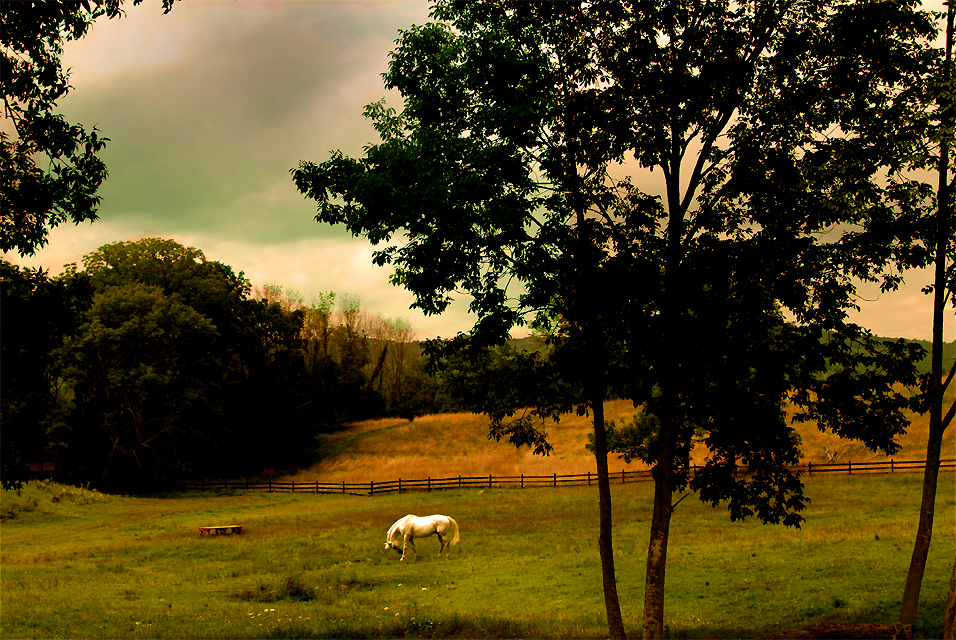 For some reason this reminded me of my dad and his horse: SCREWBALL. Named after his “bread and butter” pitch when he played for the Cardinals to pay his way through a couple of Colleges.

Once upon a time,a lady arrived from a prestigious Equestrian Club stating she could ride “anything on four legs”

My dad said: “try the pig.” As Screwball came cheap after killing a rider by running full tilt under low tree limbs.

She stole the horse & they found her alive under a tree in the neighboring county.¬† (I’ve mixed feelings.)

If you will believe it, on Mrs. Paddock’s farm. Sitting dazed, under a tree. Never saw Mrs. Paddock out of riding clothes, or without a cigarette and a glass of gin.

Of course she traveled armed: A chrome .38.

Surely not the wisest place to be caught after stealing a horse. 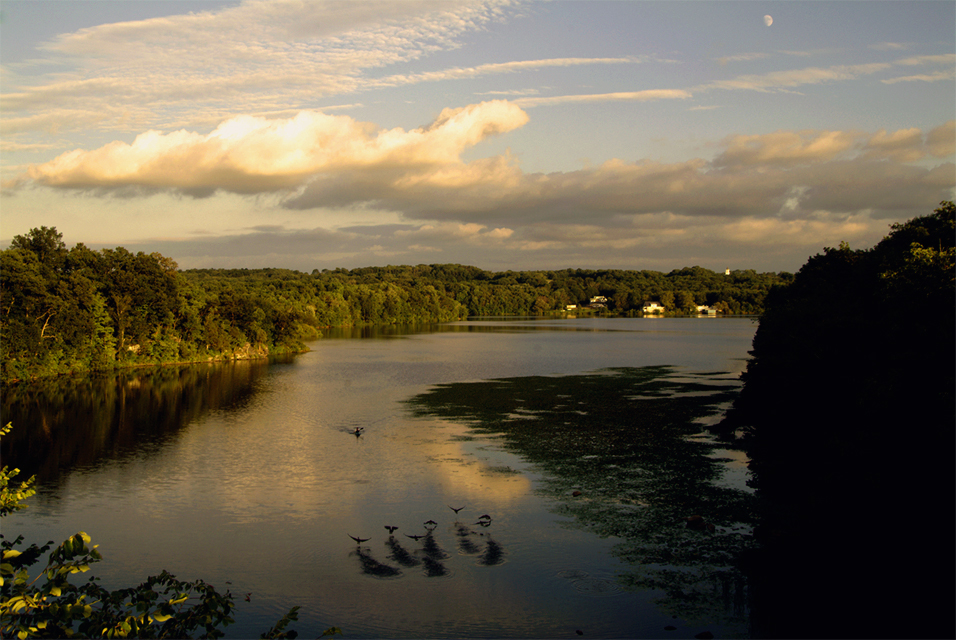 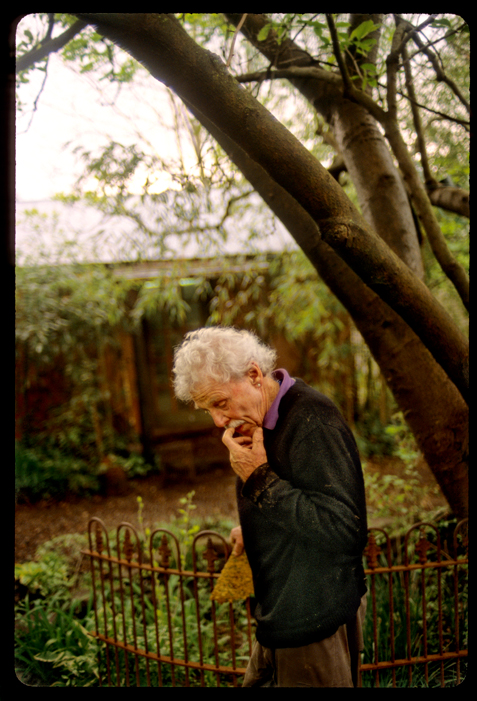 I met Phil Powell when I was a kid at Mel’s Coffee House. Across from his shop in New Hope. He made the most elegant and personal sculptured wood(he called it: furniture) reflecting the colors of his constant travels and personal values. Made slowly and one at a time. Never signed in the early days Never stained but celebrating the God given tones of the tree itself. Almost never made a second.

We remained friends for more than 40 years. My son, Chris visited Phil as I used to. When I was his age. A thoughtful man. With an easy manner, drawn from his personal respect for kindness and the learning available from experience.

Came to Bucks County in the late 40’s, after serving in WW II Europe. He saw a photograph of a fellow reading in a Bucks County cottage. “That’s the way I want to live.” And tha t’s just what he did. I loved watching him move. Very honest.

Made this between the 15 foot by three story cylinder he built for his home in New Hope &his small shop behind. Next to the canal path. I had just reported my intention to vote for the most vicious politician imaginable and he stopped to consider where the world went wrong.

I wanted a photograph, of the wise Phil Powell I knew. Serious, and thoughtful behind a welcoming friendly smile. A mili second later, he looked at me with a complicite grin knowing I wasn’t a kid any longer. Part of my craft as a journalist which took me all over the world was as a provocateur. Able to strip off the mask. No nonsense work in wood or portraits involves the ability to make a serious rub.

This was part of a story I called: “A few well chosen woods” and was acquired by our friends at the Michener Museum after publication for their permanent collection. This year I found my work in a The Michener Bucks County Show with my friend Philip Lloyd Powell. May the circle be unbroken. 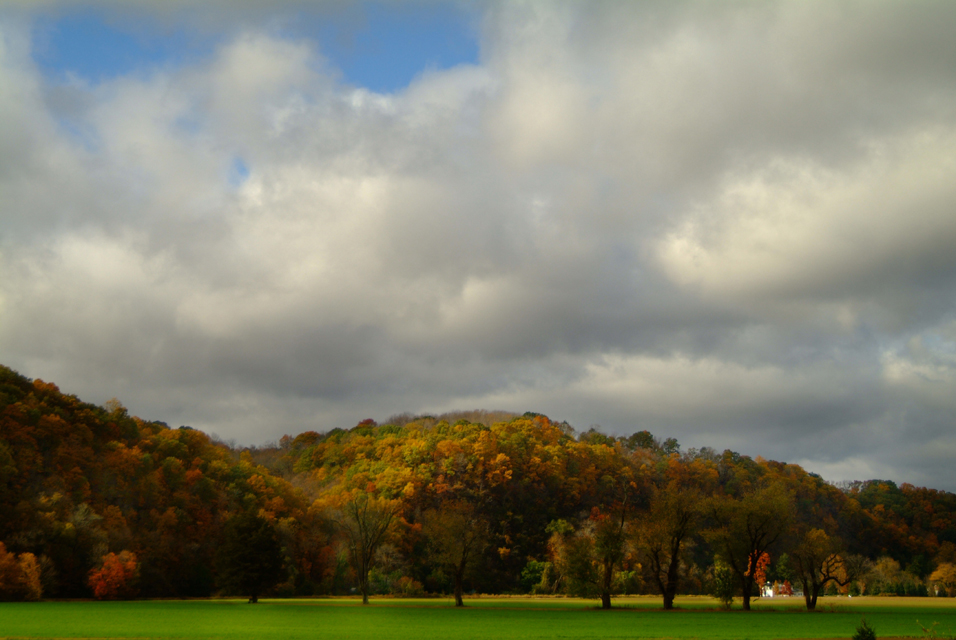 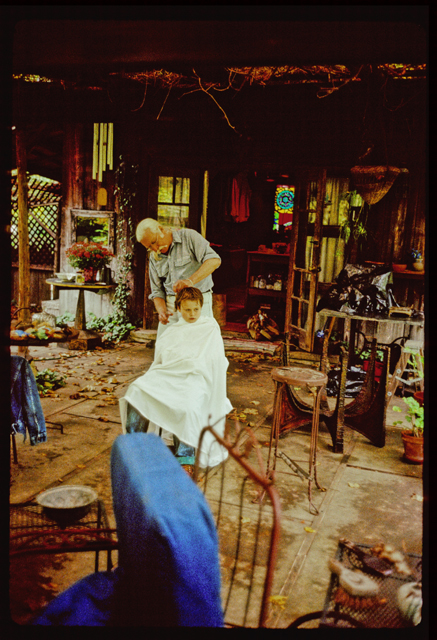 With Master J. Christopher Heist & a haircut on the Toad hall Terrace on fine day preserved forever in time.

“You are finished, go take a swim in the pool to wash off.”. Master Crimper able to cut hair before a photo shoot,

back when it mattered.  And master chef and raconteur.

Jimmy Hamilton told me of Robert’s discription, when they were talking restaurants,

of a lackluster restaurant owner in the area: ” And you know … he only buys medium eggs.”

Discerning, but always able to greet a friend or interesting stranger with the sincerest of smiles.

A remarkable life. Elegant as cinnamon toast made with sweet butter. 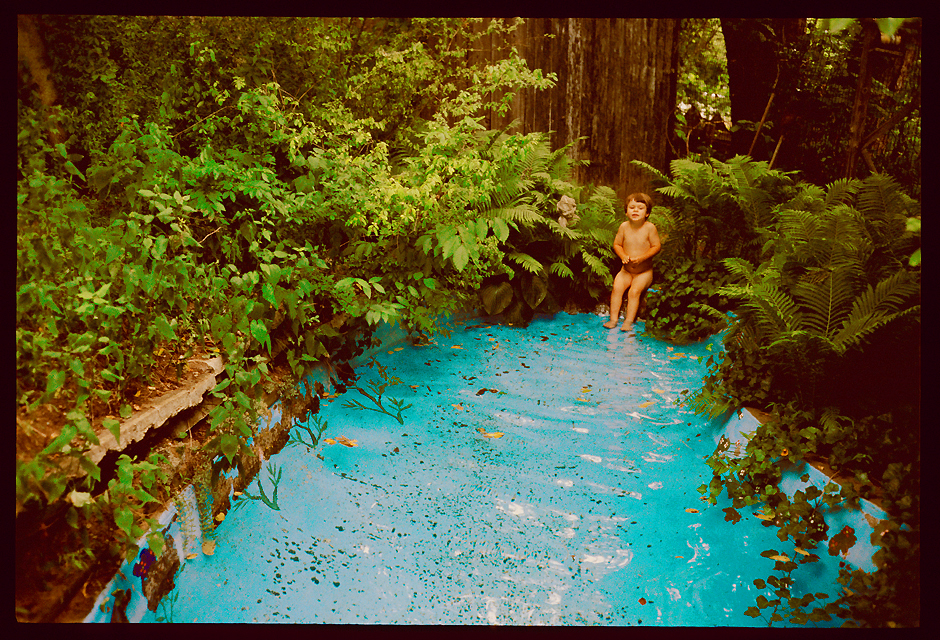 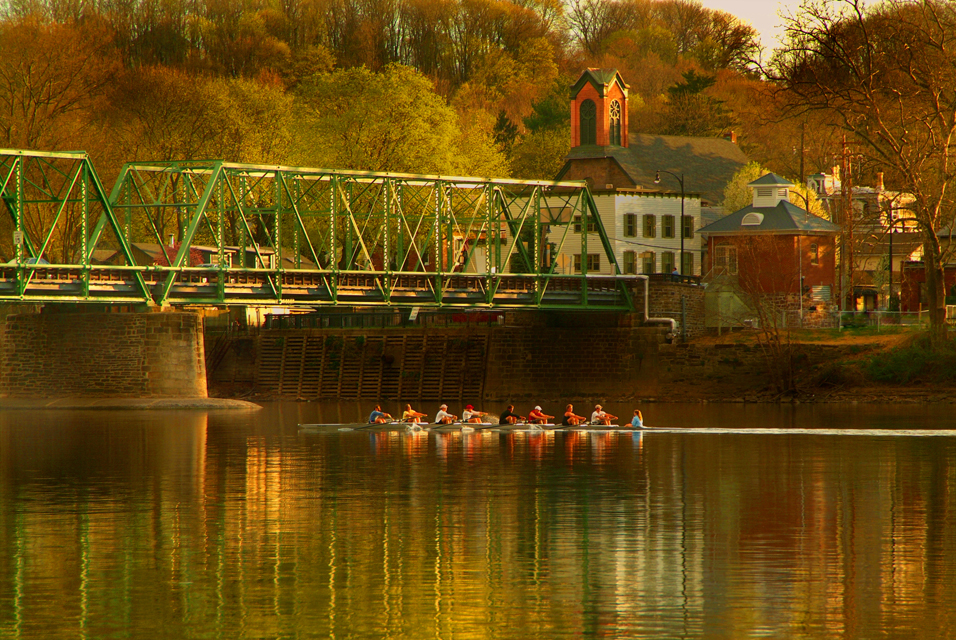 The Delaware River is one of the last free flowing rivers on the East Coast. Reminiscent of Raymond Chandler’s line about handsome elegant aging women.

Increasingly dramatic in wondrous light but capable of delivering a coupe de gras when ignored. It carved the Valley we live in. All the roads, farms and lakes.

Always struck me as the river in Wind in the Willows. 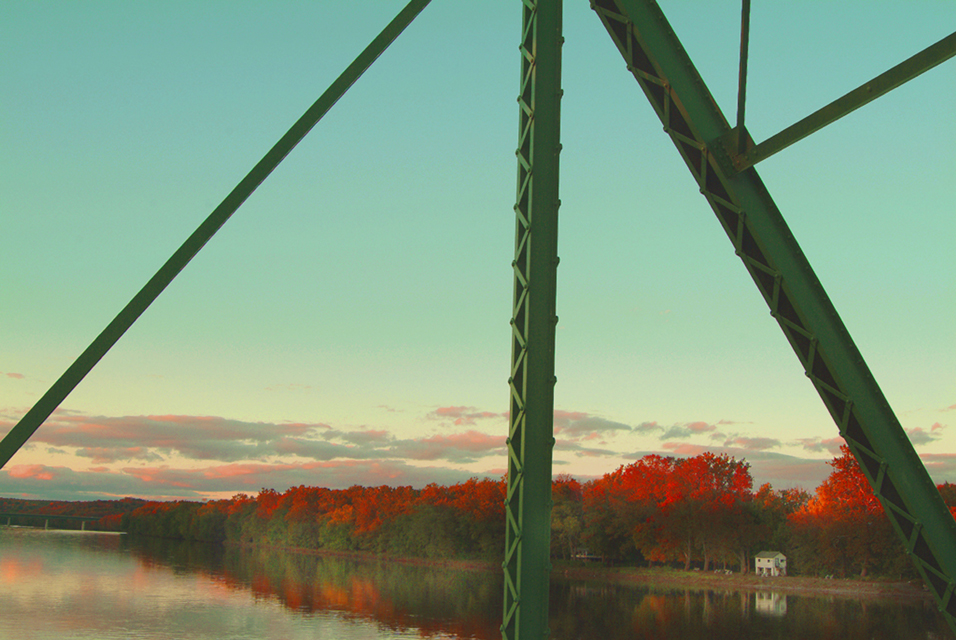 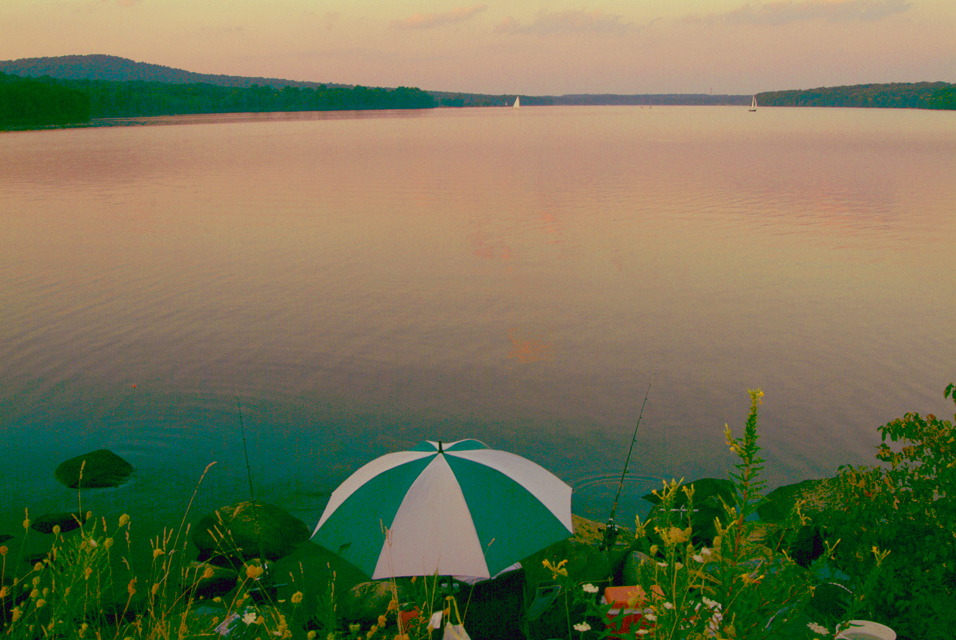 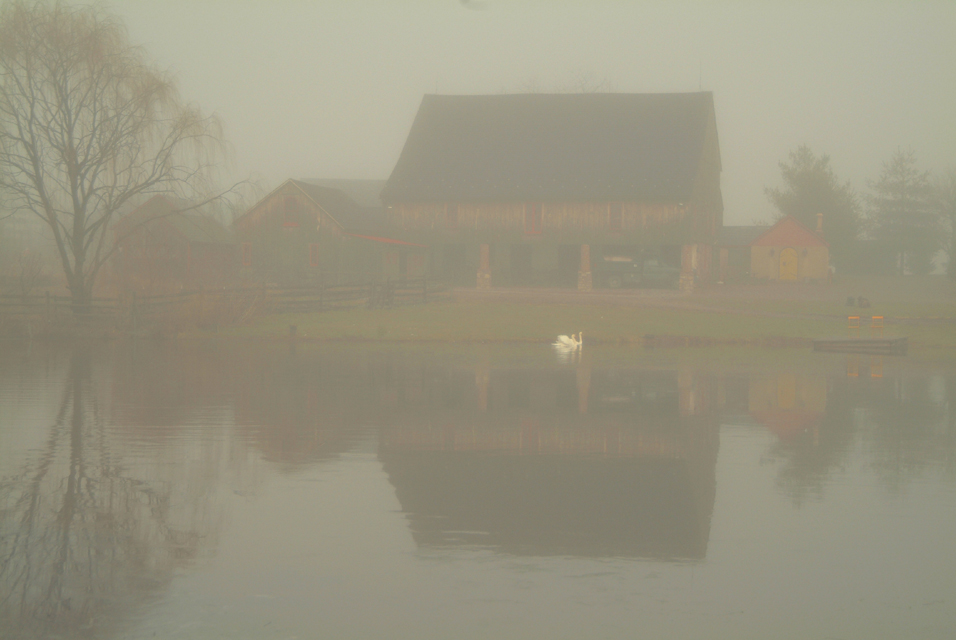 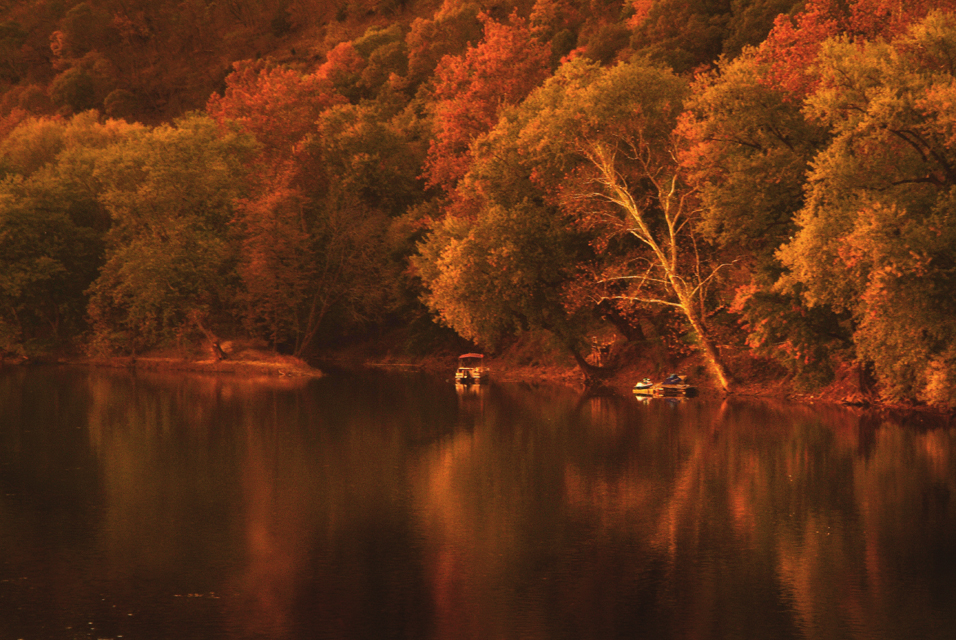 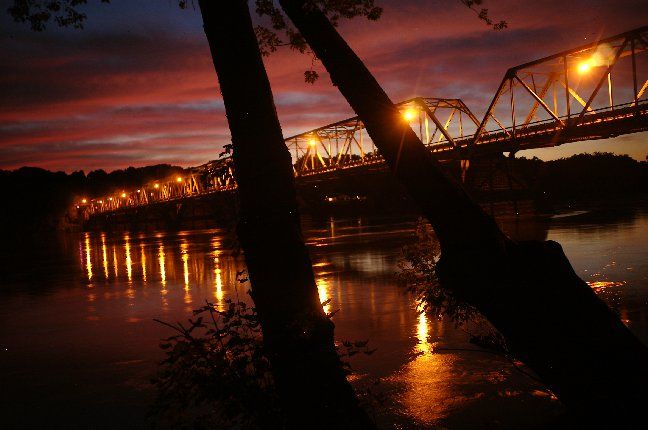 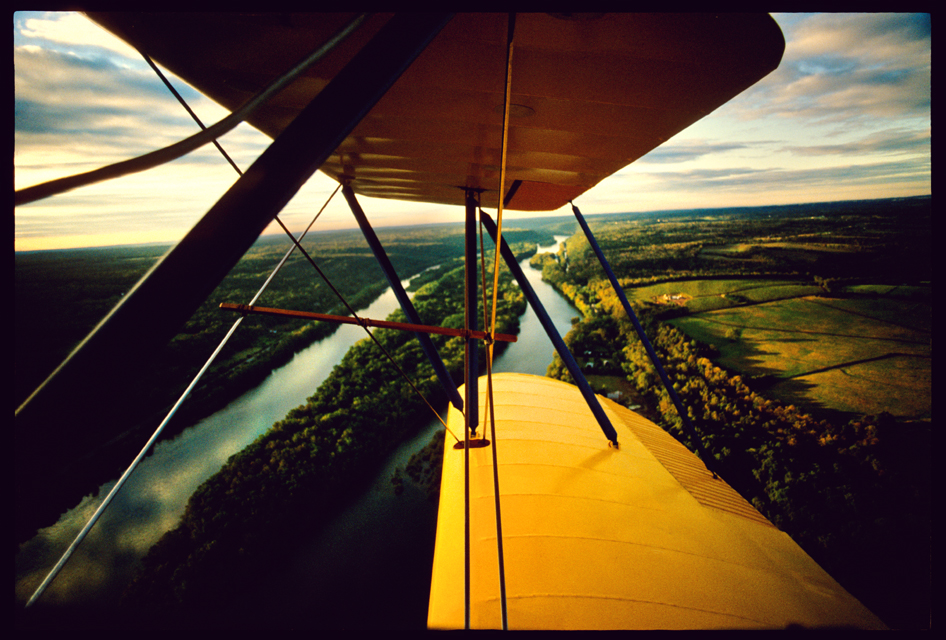 In the open front seat of a 1938 WACO biplane, flown by Bill the pilot with one arm, less than a thousand feet over Bucks County and the Delaware River. Had no reason to be there other than I never had seen Bucks County from there. Used in a University Magazine winning an Art Directors Club of Philadelphia award .

The Gentile Light of Autumn was created by H.Scott Heist, photographs, copy & design¬are  his property and my not be used without written permission. The View From Splinter Cottage, SplinterCottage, & Every Day is A Short Story are trademarks of Scott’s in use for many years and are similarly protected and all rights are reserved to him.