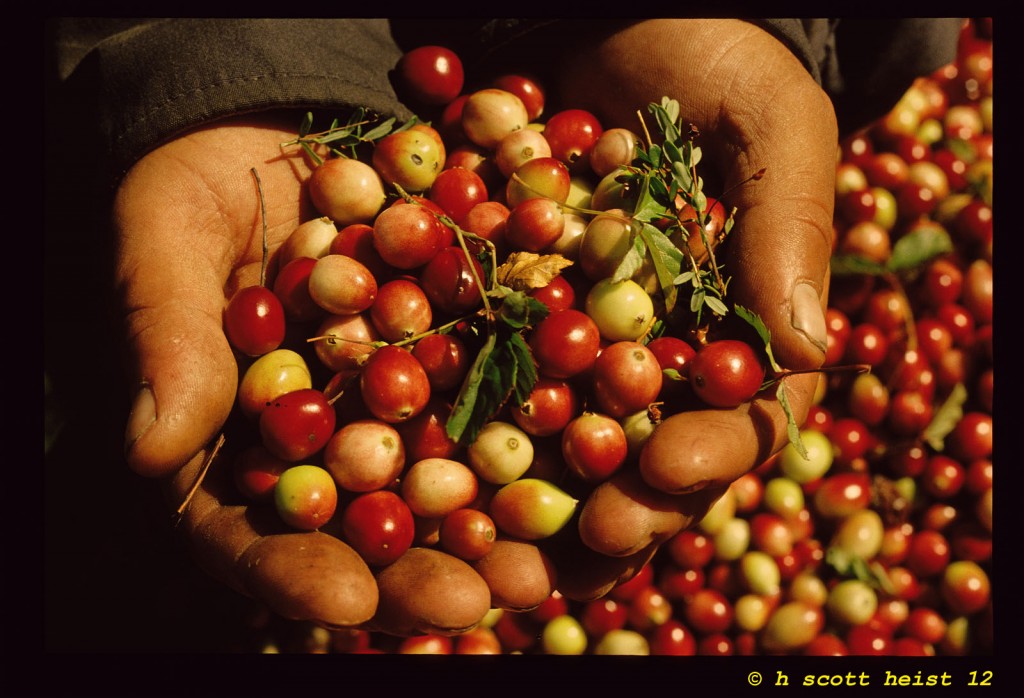 About 20 years ago I was sent to build a magazine based upon Thanksgiving for Lehigh University based upon the efforts of Alums. This is before brand when everything is seems done with half a leer. A simple elegant reportage with real people as the true heroes of the drama. And its the real folks that grow the food, make the efforts, and get it done. Not people who spend their lives pretending to be someone else.

Anyway some of the best Cranberries, Apples, and Turkey’s came by way of these folks and I spent a nearly sleepless week tearing up the East Coast in that Black RX7, with next to no sleep, producing a real nice magazine that got something like half a dozen gold awards from the art directors clubs.

Like all good publications we had a good plan and went for it. Cover, double trucks of the product spit for the magazines newly instituted perfect binding, a text page between having the story, a Kinetic portrait, and an interesting photograph that teaches something. Extra copy beyond that spread would jump to the rear.

So 20 Thanks Givings later, next to my hearth and wood stove, with overEZ sleeping on her “Bug Rug”, I’ve returned to those bits of Fuji-chrome. And still enjoy these photographs.

The remarkable thing about a truthful reportage is every time one looks something new is seen. And sort of timeless.

BTW: The gentleman holding the berries, I met jumping out of the Ocean Spray Helicopter on Cape Cod, I would later meet again, in the   Dry Creek Mountains in California over looking the sun rising over the Russian River.

We all have a certain recipe that hits a cord or a lovely note between the keys. Mine’s been the Cranberry Sauce … a little twisted because most of my family didn’t eat refined sugar and cranberry’s are bitter. And expensive so experimentation came as a gift.

While on a shoot in the Ocean Spray bogs,flooded & churned by machines lubricated with Crisco so they would  float to the surface to be vacuumed, about a gallon of fresh berries slid from one of the large trailers. Their Policy never to pick those up. I did and brought them home experimenting with cranberries for the next year.

A variable recipe depending on the rest of the meal:

Pound of fresh cranberries. Micro-waved with half a can of orange or pineapple or white grape juice concentrate. Put a top on they will explode. Those that don’t .. a potato masher. Add some pinapple cubes, half a jar of fruit juice sweetened jelly … blueberry, raspberry, apricot or strawberry has been our favorites .. the jelly has the pectin to firm the sauce.  Spice with clove, or pumpkin pie spice, and depending on the year or guests maybe cayenne, sea salt, Allspice, put it in jars and fridge with a good dose of brandy over the top. One year I used Gin… interesting too.

We also like it on Turkey Sandwiches with Rye Bread.

Give your family a smile from me.