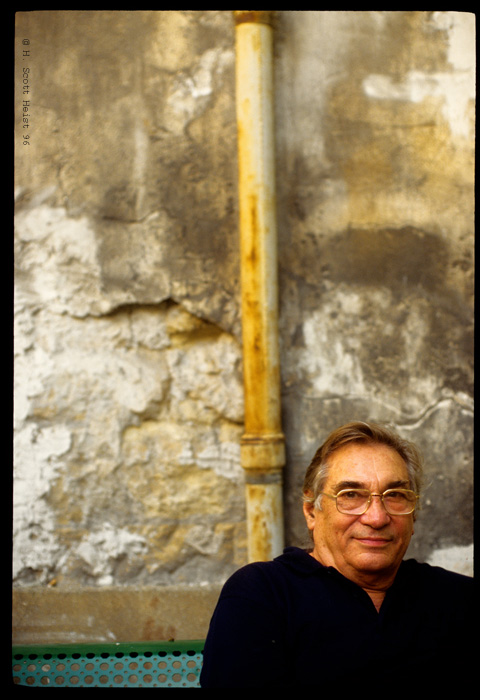 There are three masks:

the one we think we are;

the one we actually are

and the one we share in common. Jacques Lecoq

The difference between an actor and a hero is a hero has something to lose.”  Albert Camus

Lecoq’s movement theater is derived from a love of considering life. A learning experience like a walk in the sun.

It can be an error to consider art as life.

And certainly a mistake to consider a life without art.

And the resulting mess is rarely pleasant.

In the end actors are professionals at pretending to be someone else. Parables or Frauds.

A society that mistakes theatre for life, conditions itself to a faux reality.

If our stories are inspired by real lives and events; actors create a philosophic laboratory to study our world.

Only once Jacques suggested a photograph not be used. He remarked that a students, movements an exceedingly handsome dancer, were ‚primarily decorative.”

I understood. Not built upon life so much as the dust that settles on its surface. From the begining, most untruth is “primarily decorative.”

Repetition is not realization. Anymore then memory is reality. Those moments require vitality to live and breathe.

Theatre is good when it has seen something that may have gone unnoticed.

So, I always liked people who considered what was really taking place: physically.

Not simply repeating what they were told. (often missing the point entirely).

Shortly after meeting Jacques & Fay Lecoq, I explained the experience to my oldest friend. He replied that I’d spent a life looking from the outside – in …. perhaps I had finally found an appropriate door.  And perhaps it was my year for salient observations. To communicate visual Life, it’s not possible to entirely rely upon words. When actions and words do not agree, as a visual journlaist, a citzen, and a person, question the words. Of this I’m certain.

Jacques Lecoq was the world’s finest philosopher, and teacher , of movement.  Because he merged both  disaplines into one.

We are still opening the doors of the worlds he found.

These portraits were made at both Ecole Jacques Lecoq in Paris,

and at teaching locations in the United States.

I was given carte blanche to photograph  at any appropriate time.

A very existential exercise, as I was never told

what to door how to do it.

My communication with Jacques was primarily via gesture.

A nod in return or no response at all … go ahead.

When in doubt, I did my work.

It was friendship and trust.

A special trust. From both Fay & Jacques

My purpose was an exhibition and an authorized book.

this was a time of intense discovery &

Jacques continued to teach. That is what he did well. Better than any other. Fay continued to manage everything.

I photographed Jacques hands the first day.   The original essay carried the title of “the Hand of the Master”.

Something  Simmon McBurney of Theatre Complicite said: “Lecoq is a manual worker.” That is where it came from … and would be attributed. Not some tired headling.

I would continue for 6 or 7 more years.