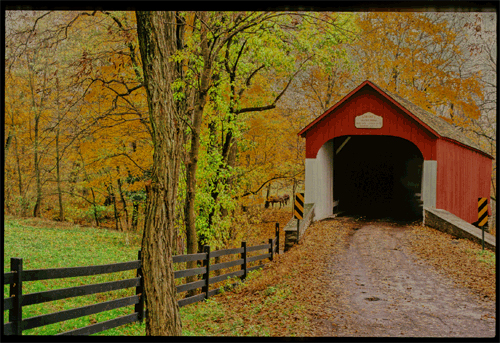 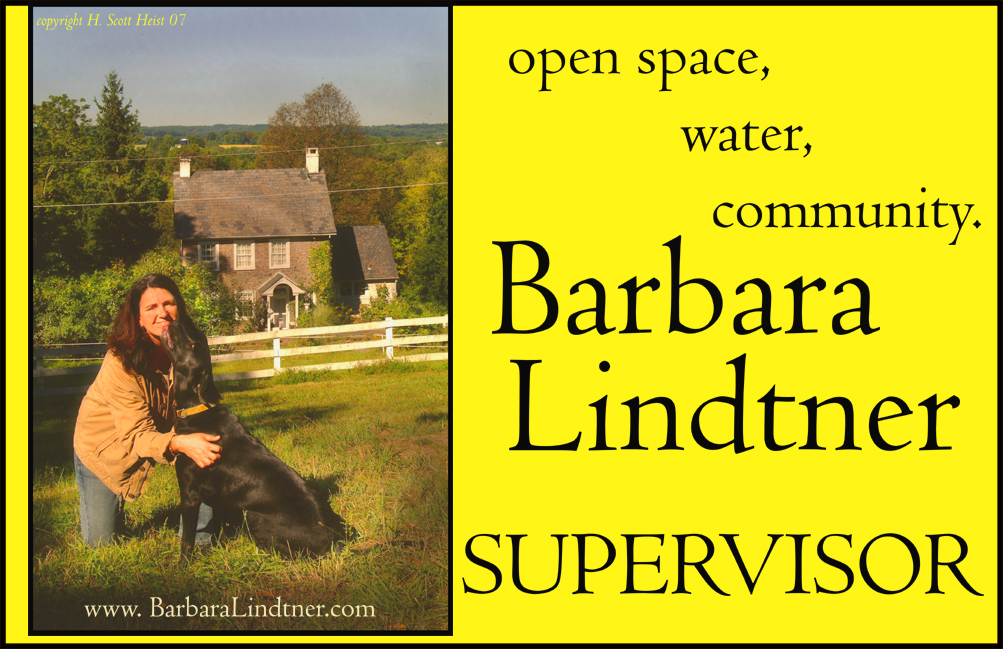 Barb Lindtner decided to run for supervisor a couple of years back. Many of us sensed things were going very wrong politically and unfortunately were not surprised later.

This was a question of moving our Upper Bucks County Township forward.Barb had something to contribute sothe first fence to climb was getting her elected. With a little help from her friends; the Friends of Barbara Lindtner was became a reality..

I have no question that most campaigns waste the candidate’s first impression with useless photographic work depicting their “marketing product” withthe same cheesy aesthetic as a drunken drivers mugshot or maybe worse in a law library. Neither associates the candidate¬†with the citizens oraddress anything of concern to anyone.

If anythng, its a first glimpse of thoughtlessness & politics as usual.

Human communications usually begins with the first visual indelible impression.I believe our politics do also. And can convey a person or a politician.Each with their own impression.

Tossed in to the “Friends” pot luck supper what I’ve learned about visual communications with photographs¬†in the past few decades, .

I would surely enjoy your comments as I believe that until campaigns become an exercise in communications and true discussion rather than marketing we will never have the republic our kids need.

Or a culture that will regain its health. Part of which is saying something worth discussion. Andwe will never here what we need to hear without civility and patience.

We are living in a politic in which a 30 million dollar Govenors Primary Campaign in Texas makes sense to the same folks who consider healthcare too expensive.

Seems like a hell of a lot of money to say nuthin’.

The entire story of the use of the Victorian Portrait techniques to introduce Barb: the summation of her position into 3 intelligent, retain able, and truthful words; plus the use of a local Icon for community identity and the thinking behind it follows. 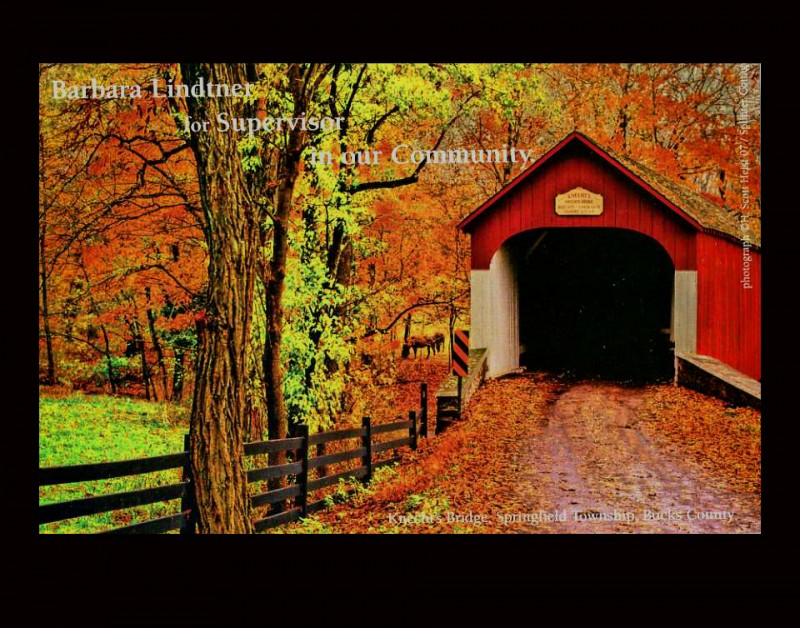 Journalistic reportage is immersion in human experience. By observing¬† shared realities,¬† we¬†see a truth larger than the sum of its parts. Years ago while at the Inquirer Magazine I covered a political battle to maintain the Delaware River as as open space rather than flood the entire upper valley watershed.¬†Walking down a¬†country lane to interview¬†folks in their mountainside homes,¬† I ran into a handsomely printed and thoughtful sign, always remembered: “Let there be no leaders. Let each help the other with what he knows best.”

It stuck with me.

Worked lots of campaigns both editorially and commercially. Local campaigns were always the most difficult as the small number of voters tended to have strong opinions. Often the “common knowledge” of generations had run its course, needing to be¬† revisited. And thought out again. With neighborhood civility.

Barbara¬† and her¬†frineds ¬†isolated a¬† few positions in need of conversation. Her neighbors known as The Friends of Barbara Lindtner agreed in principle, not on every point. If Barbara didn’t win at least the conversation would be begun intelligently within our community.¬†A respecable¬†¬†goal by itself.

To help with “what I knew best” Barb’s campaign needed an economically neighbor friendly visual ¬†identity to implement as a strategy.¬† Closer to a press kit that an media campaign. 5- 7 prime photographs.¬†¬†Visual sentences, relevant to their viewer that making¬† their point independently. They can be combined with a two sentence caption capable for expansion¬† into about a two paragraph statement relevant to the voter. 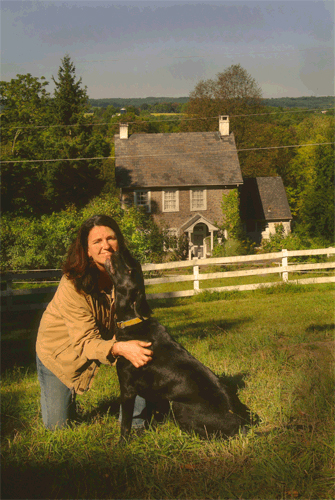 I learned a Victorian portrait technique while working with the designer Will Hopkins on the prototype for SAVVY Magazine. The subject looks toward the viewer (forget the cameras, they are just stand ins) and other folks look toward her. All of which takes place in an environment able to act as the descriptive predicate of the visual sentence.

(Virginia Wolfe used this construction in her novel: To the Light House.Beg pardon. I like books.)

The Victorian triangulation Technique was used with her farm and Maggie. While we may be way too hip to kiss babies in these parts, dogs and horses are other things. Anyone who doesn’t like them had better consider appointed office or a¬† life of¬†¬†political obscurity. (Maggie volunteered to carry smaller posters around her neck with the kind of enthusiasm that makes Labs so charming but would send a citizen running from a campaign worker).

As a local election the concept of community was everywhere.

The remaining visual sentences were made for each of the 3 chosen campaign subjects. 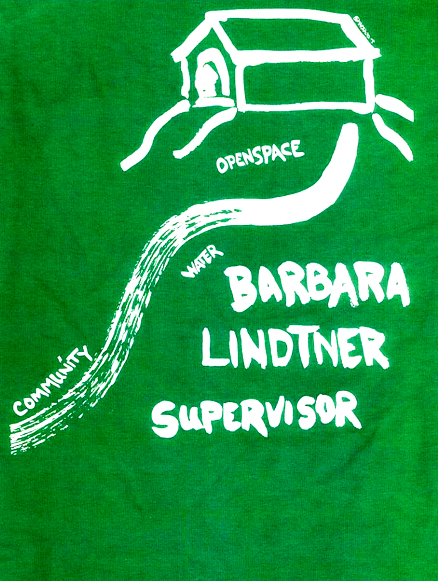 Knecht’s Covered Bridge would be the community icon.

On a postcard, Barb’s husband Jeff¬† hoped would make the kitchen refrigerator doors. It did. We knew we knew we were in accord with our neighbors when we were asked if they could keep the campaign literature. 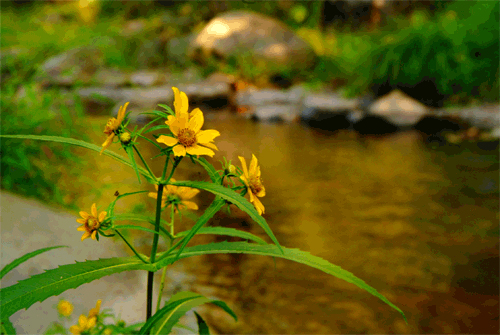 And the family photograph. 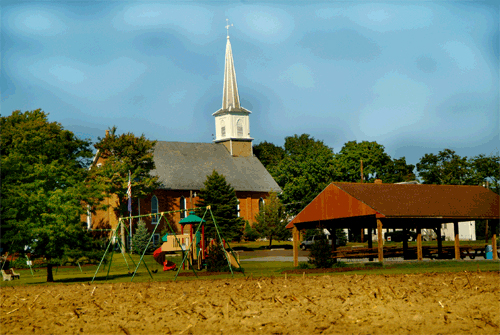 The OPEN SPACE SENTENCE was a beautiful area of the community often felt “forgotten”. 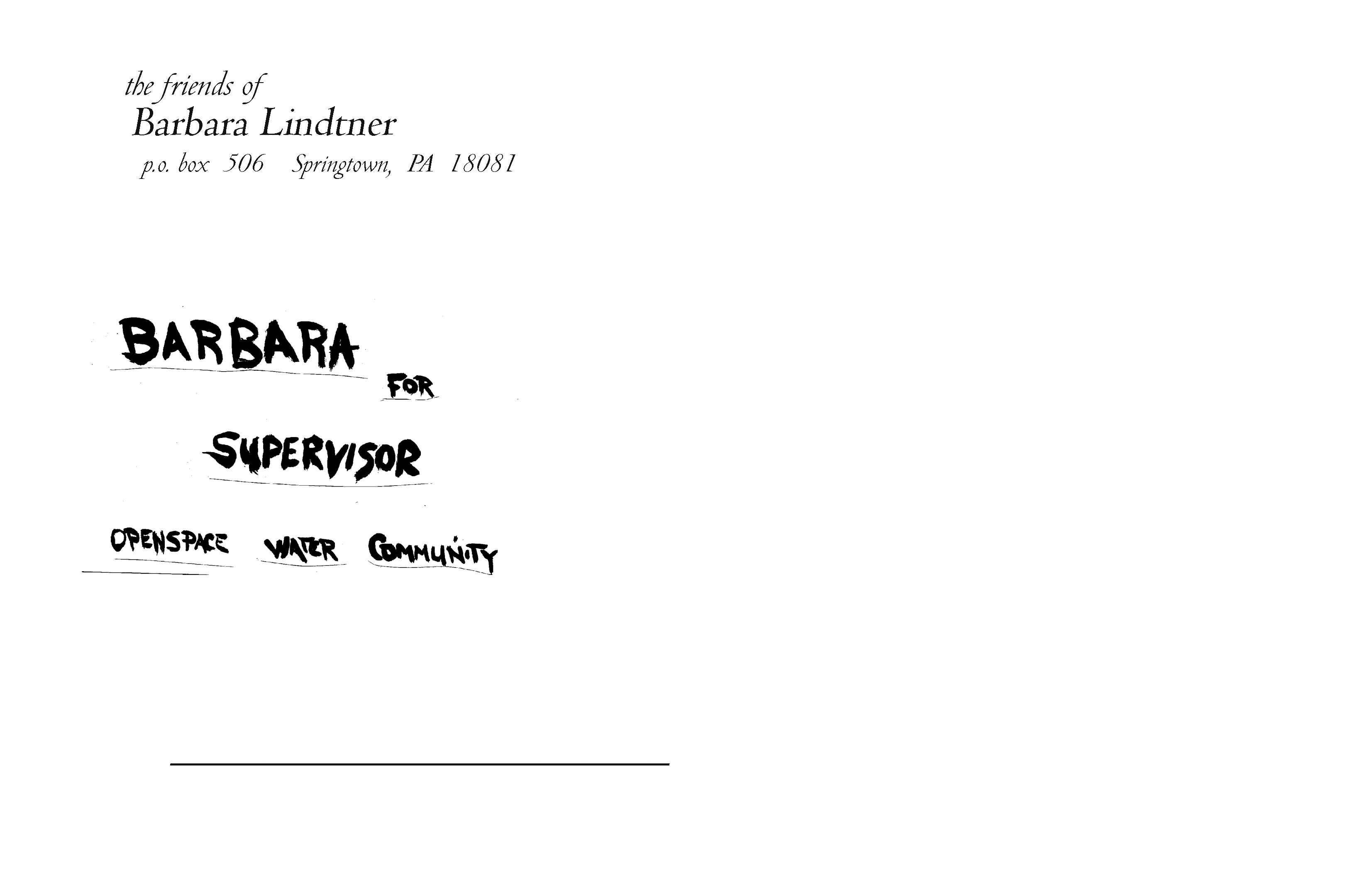 Our media was limited. Post Card, a Logo, Web Page, Posters, and a T shirt. Plus what ever local editorial we could pick up.¬† The T shirt was a take off¬†on the bridge & a mix of dry brush plus old fashion paste up.¬† Worked against a more sophisticated logo in Centaur italic. Both were worked in photoshop and furnished as j pegs for simplicity to anyone using them. 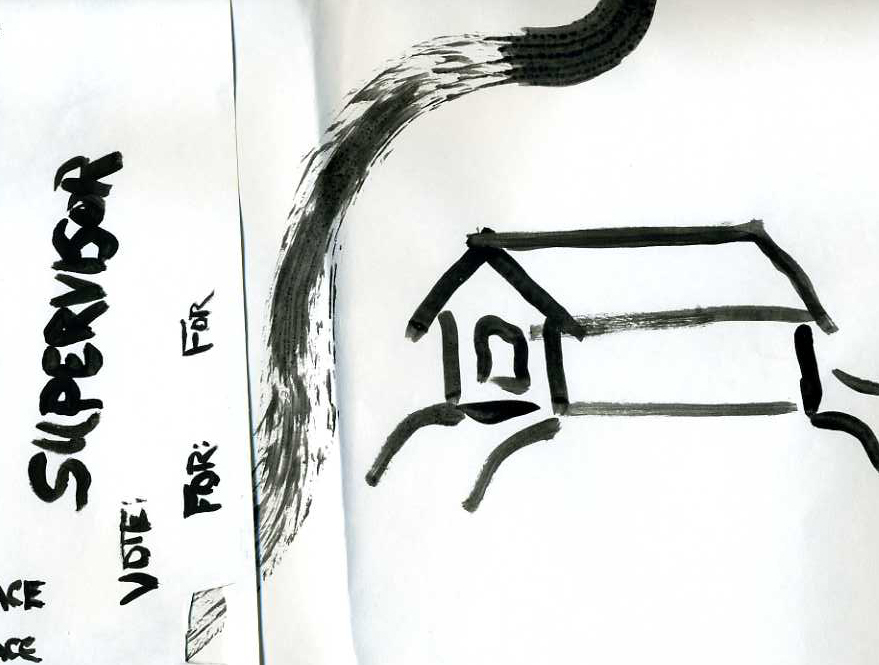 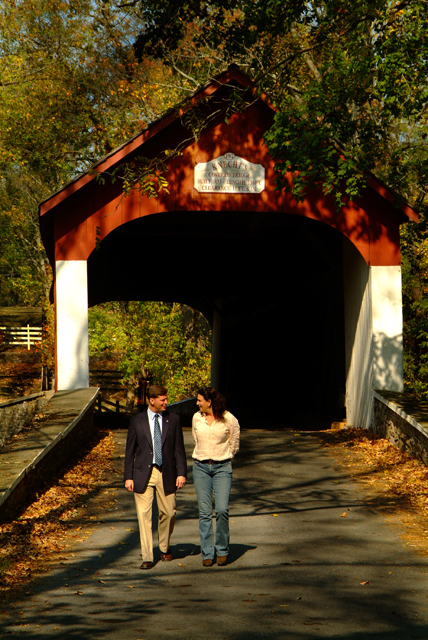 After a town meeting visit from Congressman Patrick Murphy,

we returned to Knecht’s Bridge which appeared in all the locals.

Barb’s served her term and continues to attend meetings.

A few dittys on how the¬† communication philosphy and the digital world worked together.

The photographs were matched between the earlier and current digital. I did all the work including the logo in photoshop and everything was furnished as j-pegs to avoid confusion. Did a quick dry brush for the T shirt based upon the post card. (For a laugh at my expense, included is the misspelling I made of ‘Lindtner”. Which I caught. Thankfully.)¬† Pasted together the old way and Photoshopped into a j peg congruent and sized for a shirt that could be worn by women and men. Photoshop was used to create consistency not silliness.