Hell of it is it all seems to fit in one way or the other. Even if fitting makes no sense at all.

What did the surrealist’s say:

The Pleasures and Terrors of Oblivion….

You asked me why your young friend likes to hang out? Dunno. Things have become real quite destructed. The reason made up as the marketing deceptions proceed. As if life was a brand. An interesting Life is buiIt not purchased. Thought perhaps your young friend is simply sick of bullshit. So she is interested and the response of another generation. A straight forward one. Perhaps what she is hearing dosen’t make much sense.
I have been working on this set .. market created isolation.  In this world, facing a life of it, can feel like a sentence. It was tough enuff for us to get away from it. Now there seems to be a perpetual motion machine of sleepwalking paid universities who have everything invested in “the dreams malfunction” Joni Mitchell crazy as shit house rat but I admire her talent.
**************************
The philosopher Peter Ouspensky discussed WAKENED SLEEP. That dead and joyless work in which the surrealist saw automatons .  I will go on without sense until is crashes on its own weight. Every language of all time has recognized it. The visual evidence is harder to gather as just yesterday so guy asked me in a cafe if I photographed him? .. I replied I photographed the room as the light was nice and he was in it.

Not wishing to bother I asked him If he wanted to see and I  would erase it.  As I’m very careful about erasing in camera he said “I thought I was larger … just blurr my face. “You should ask people before photographing.” He was European I think … perhaps at some point from a  soviet block country …dunno .. but I no longer like people well enuff to argue with them. Don’t care about them in general.

Of Course he was so very wrong as what would photographs look like if everyone in a public place was asked. Moronic Steve Jobs selfies?  That will be the record of our lives and culture.

And I realize, lots of people are stepping out on lots of other people, and the internet goes wide. He was talking to a lady. I don’t know the circumstance of their conversation & make no supisition but the fact that they were talking & not looking at their palms created life to a section of the room.

So in that sense I guess I felt an intellectual presence. An intelligence in the room.

The question really is whether or not it is my problem as a journalist (should such a thing exist in the wolrd of authoitarian univeristy programing) to provide privacy for persons in public places. I so … we are now in a world to be referenced entirely by made commercial images that bastardize our time into a conduit for money and avarice. This is neither freedom nor privacy but a self imposed authoritarian veiw that every person in public has a right to control everyone else. Laws prohibit commercial use of peoples immage but that one person should control and entire public place is simply in correct. Reportage is a healthy part of our self view. Photographic more precise than words.  I think the public has a right to know everyone isn’t a dope.

Chris years back in the WW2 PEA Coat from St Mark’s place. $9.95 with the theater repair above the left pocket. Yeah, its the one from NYU I used to wear when we walked  all nite thru the village. Scarf came back from Paris … bought 2 to wear under my Leather PEA coat, I’ve come u in the world a little …  when it was dreadful cold. The beauty of utility and value is it lasts over generations.

Reference the mess the cliched mess of Obama’s record made by Obama hiring Regan’s  cheesy photographer to create a false record rather than Obama having the flexibility of a Kennedy or Clinton & to sometimes simply open the door with enuff confidence in himself to stand before the world as  something other a commodity.

And no one likes being photographed less than I.

Chris with our Friend Robert. Like Seymour a grand and graceful soul. After the break up … occuring at Chrir’ birthday party, I decided to have one the next year as who wants to leave a birthday like that. I aske Robert if he would join us .. He said Of Course, Chris has had enough disappointment already. Lik etw PEA COAT empathy and kindness are a good value. Bring warmth and comfort , again and again.

And this was after I saved enuff from the pipeline to buy a kit and leave for Europe. Was supposed t be at London Ec but it was pompous beyond any redemption so I set up in a maid’s room in one of the best Mayfair Hotels. That gave me one of the best answering services in the world and the staff was highly amused at the calls from high places. I used my engraved graduation cards  with the address written on with peacok blue ink. Got a really good suit. Everyone but the hotel staff thought I was rich. I never said so. Just had good taste and was well spoke. NO help is give it one  is poor.

From a bicentential set for Newsweek. They were not amused. Someone sat with great accuity, Lincoln Kirntein, I think …The want to be as BIG as LIFE and twice as polite. Hwever,  Once upon a time I thought irritating people I didn’t like would be a cost effective hobby.

These days one can tattoo all limbs, pierce ones eyelids, gesture, talk on a cell phon eand back another in to the corner under flashing marketing lights.

And still no one hears  or sees … they are off to buy something. Get a degree. find a pack. to fit in.

NO longer even know what the sleep walking is about. What communication is really desired.

The difference in concept between public social space and a private club or home seems missing. Which is a matter of not being isolated and sharing a world. Which is pretty good stuff.

Continued on the next email… 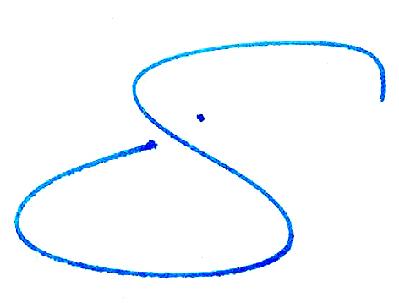 This work is the property and creation of H. Scott Heist and rights are reserved. Splinter Cottage, The View From Splinter Cottage, the NOIR CHRONICLES, and Every Day is a Short Story are trademarks in use for many years. Rights are similarly reserved and use is only by written permission.